Through user-centric design, a team of Autodesk engineers, designers, and training partners worked with Indian start-up Kheyti to lower costs and installation times for its signature “Greenhouse-in-a-Box” product, laying a strong foundation to deliver the solution at scale.

Kheyti designs low-cost technologies that help farmers in India increase their yields, predictability of produce, and overall income. Kheyti’s team and partners provide end-to-end support for small farmers, working with them on-site and virtually to implement their technologies, while offering access to flexible financing and connections to retail buyers.

Kheyti’s modular, affordable “Greenhouse-in-a-Box” uses 90% less water and grows seven times more food than conventional methods. Its design process places the needs and desires of farmers at the center, ensuring that solutions work for them and are responsive to their everyday challenges and long-term goals. 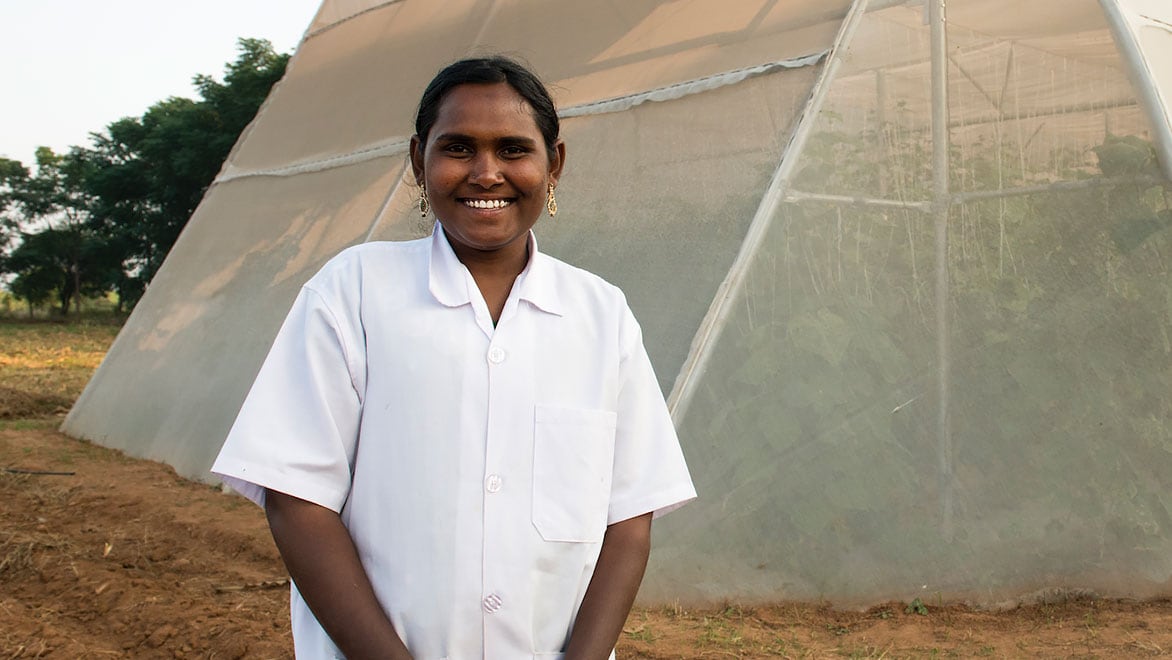 India has an estimated 120 million farmers, while 70% of its rural households depend on agriculture for their income. Despite the prevalence of agriculture, an estimated 190 million Indian people are undernourished. Climate change has induced droughts and market volatility, while the pressure of the COVID-19 pandemic makes sustainable innovation in the Indian agricultural sector all the more urgent.

As Kheyti worked with 300 farmers in the southern state of Telangana, it realized several innovations were required before bringing “Greenhouse-in-a-Box” to scale, including price point, ease of assembly, and reusability of materials. For its pro bono consulting engagement, Kheyti used feedback from farmers in its pilot program to improve its design, engineering, and delivery processes.

Ash Seth, Design & Engineering Consultant, who led the project on Kheyti’s side, says that early feedback from farmers indicated that the greenhouse had to be made “more DIY, easier to assemble, and easier to dismantle and recycle,” before attempting to bring the solution to wider markets. 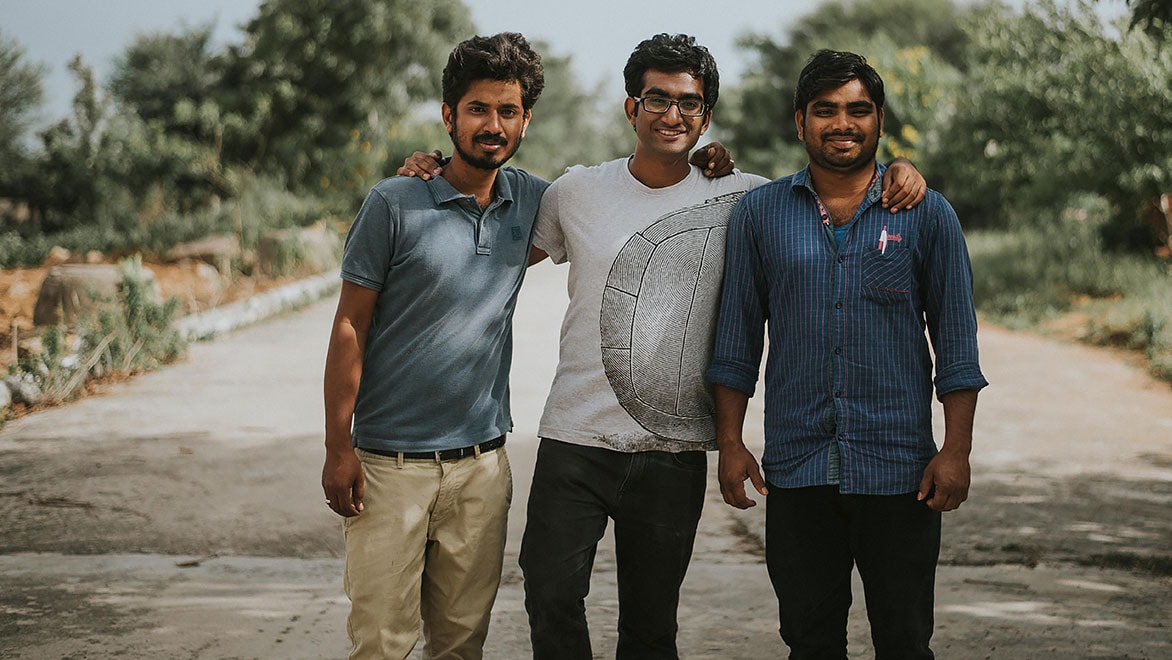 A pro bono consulting team of four Autodesk employees from Singapore, the UK, and the US worked with Kheyti for three months to identify and address issues with the greenhouse design, using farmers’ feedback as the basis for their decision making.

Kheyti also had a sponsored Autodesk Foundation Engineering for Change Fellow on staff, which Seth says made the team even stronger. “Having expert designers and engineers from around the world helped us take what we’ve learned from our farmers, crops, agronomists, team members, and figure out what to prioritize.”

For three months, the team used design thinking to develop prototypes, which were sent to manufacturers and farmers for testing. Videos and annotated photos from manufacturers and farmers arrived via WhatsApp. “As we were working remotely with a global team, that was incredibly helpful to bridge the gap between our design and engineering consultants, and the users on the ground,” says Seth. 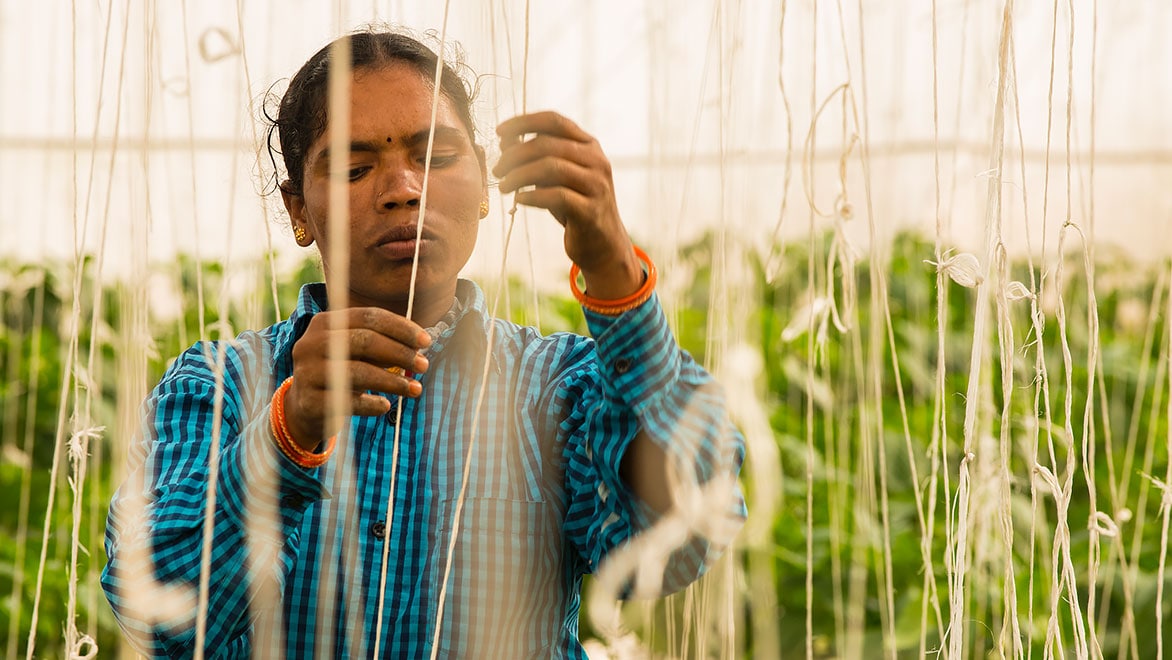 After more than 20 phases of testing, the revised greenhouse design successfully brought the required labor for installation down from 18 people to 10, and the installation time from three days to one and a half. It also brought down the total price by 10%, despite major increases in cost of materials due to supply chain issues.

The team also helped Kheyti transfer its design files from an older, less efficient software to Fusion 360, and provided Fusion 360 training for Kheyti’s design fellows via Autodesk training partner, KETIV. The added layer of training built vital capacity for Kheyti that will serve as a foundation for its future work.

“One of our key goals has been building the engineering capabilities of our own team,” says Seth. The pro bono project not only generated new possibilities for Kheyti, but led to concrete action and change. “With the added training from KETIV, we’re now able to execute on all the great ideas we developed with the pro bono team.”